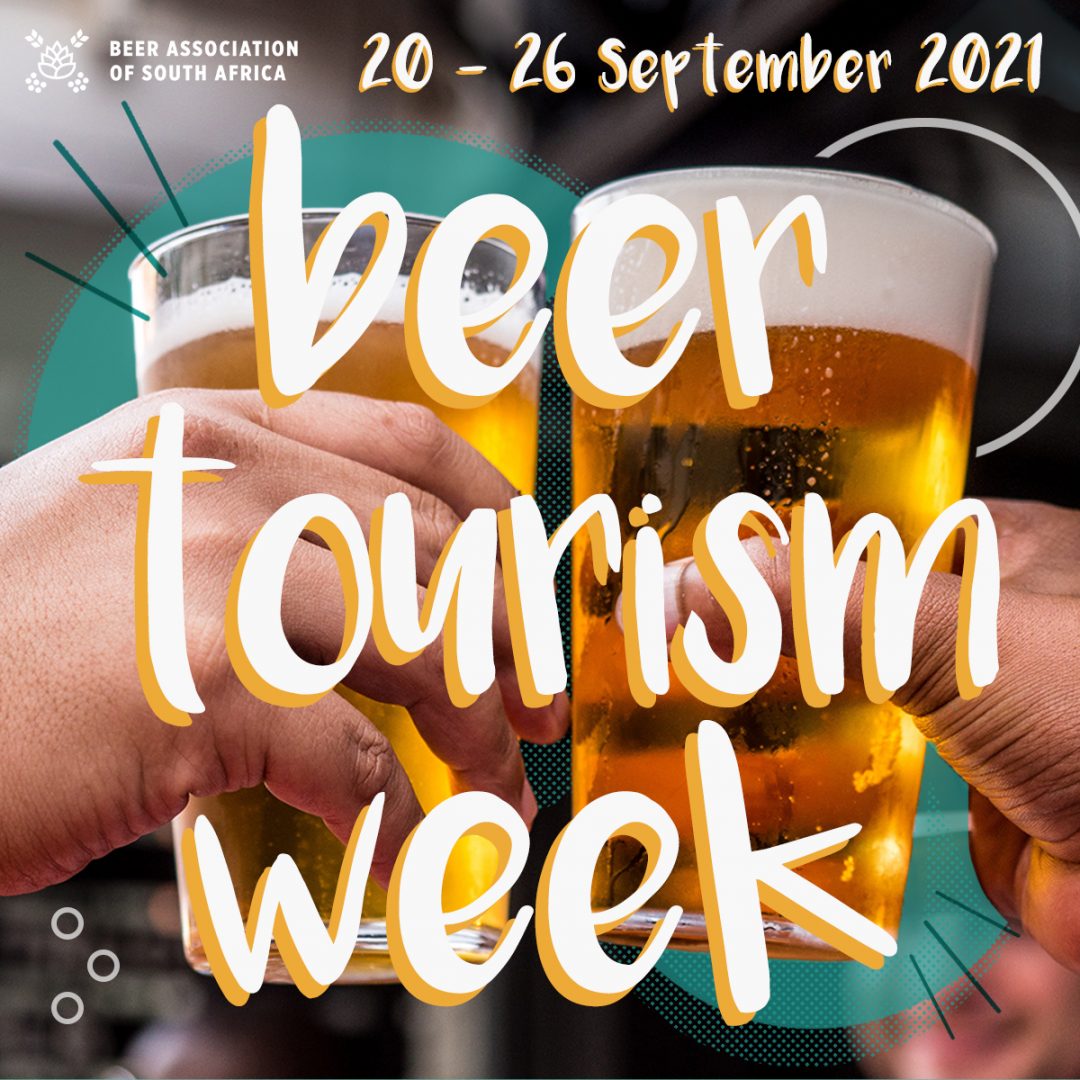 In support of Tourism Month in September and the lead up to World Tourism Day on 27th of September, the Beer Association of South Africa (BASA) has launched the inaugural Beer Tourism week from 20th to 26th of September.

The main aim of Beer Tourism week is to promote the 180 craft breweries located across South Africa who were hard hit by the four alcohol bans since the start of the Covid-19 lockdown in March last year. This is directly in line with the theme for World Tourism Day 2021 which is: “Tourism for Inclusive Growth – Covid-19 Recovery – Building Back Better.”

The four alcohol bans over the past 17 months, which saw liquor establishments and outlets losing 161 trade days, dealt a significant blow to craft breweries, with at least 27 being forced to shut their doors permanently.

With craft breweries that managed to survive still struggling to get back on their feet, we are encouraging South Africans to visit breweries and taprooms during Beer Tourism week in order to give these local businesses and the livelihoods they support a boost.

As part of Beer Tourism week, BASA has or will be launching the following exciting initiatives:

BASA plans to continue expanding the BrewRoutes map including launching beer routes in all nine provinces over the coming months.

We encourage South Africans to visit  https://brewroutes.co.za/ and to support a local brewery during Beer Tourism week and thereafter, in order to ensure the future sustainability of the craft beer sector and thousands of jobs.

With the threat of a fourth Covid-19 wave in November, we urge craft breweries to continue playing their part by enforcing the wearing of masks and social distancing in their establishments. We also call on consumers to drink in moderation and continue taking the necessary precautions to protect themselves and others from Covid-19.

Finally, we also encourage all South Africans over the age of 18 years to get vaccinated. This is the only way we will be able to fully reopen the economy and resume our normal lives particularly as we head into the Festive season, which is a critical period for the beer industry and the over 450 000 livelihoods it supports.